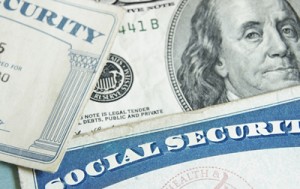 ERISA stands for the Employee Retirement Income Security Act. It is a federal law that governs employee benefit plans, including both health and welfare benefit plans. The law is significant because its provisions preempt state law in most cases. It provides a comprehensive set of remedies to recover benefits, enforce the terms of a plan, or to seek enforcement of ERISA.

Few people understand the full scope of ERISA and its limitations. Plans governed under ERISA, usually employer-related plans such as retirement plans or even health care insurance, are controlled by ERISA. There are some exceptions, but they are few. The remedies under ERISA are extremely limited.

One of the common issues that we see under ERISA are denials or delays in health care benefits. Since most people receive benefits through their employers, most of these issues invoke ERISA and limit what employees are entitled to in the way of damages – usually just the benefits themselves. There may not be additional damages for emotional distress or punitive damages if there are delays or denials. Further, because this is a federal law, most of the time any ERISA_related action must be brought in federal court. And if it’s not brought in federal court, defendants will often seek to remove cases to federal court where ERISA is involved. There are risks and benefits of having a case transitioned to federal court versus state court, but that’s a topic for another day.

Suffice it to say that ERISA is complicated, involves numerous considerations, including the cost of ERISA-related litigation versus the potential upsides and downsides. It is therefore important to contact an attorney with experience not only with ERISA, but with federal court matters as well.

The San Diego ERISA Lawyers at the Law Offices of Donald A. Green have handled numerous cases involving ERISA, including denial of benefits for both health and welfare benefit plans. If you have an issue with an employer-funded plan, or a question as to which laws apply to the plan, do not hesitate to contact LODAG at (800) 994-2889. The lawyers at LODAG are available to consult with you, and there are no fees for an initial consultation.