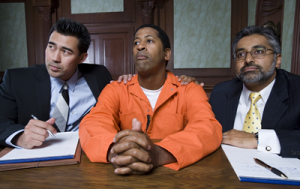 42 U.S.C. 1983 states: “Every person who, under color of any statute, ordinance, regulation, custom, or usage, of any State or Territory or the District of Columbia, subjects, or causes to be subjected, any citizen of the United States or other person within the jurisdiction thereof to the deprivation of any rights, privileges, or immunities secured by the Constitution and laws, shall be liable to the party injured in an action at law.”

Our firm has handled numerous civil rights actions against individuals and public entities. It is important that an attorney be consulted as soon as possible following the civil rights violation because failure to do so may prevent you from filing any legal action whatsoever.

It might seem difficult to imagine in this day of google and pervasive distribution of information that we have any right to privacy, but we do. In fact, it is so much esier now than ever before to invade one’s privacy and the claims remain intact.

Invasions of privacy can be incredibly violative of one’s sense of space, safety and security. An invasion of privacy occurs anytime there is an intentional intrusion into someone’s private affairs. There has to be a reasonable expectation of privacy and the intrusion has to be “highly offensive to a reasonable person.” This is a subjective standard. In the eyes of the law, this means that what is “highly offensive” or “reasonable” is determined by a trier of fact – either judge or jury.

Our law offices values individual and constitutional rights, including privacy rights, even in the midst of what seems to be constantly diminishing expectations of privacy. If your privacy has beeen violated contact the Law Offices of Donald A. Green at 800-994-2889 for a case evaluation and to speak with an attorney right away!

While we value public service and community commitment, we also value constitutional rights and protections. Most police officers are trustworthy, law abiding protectors of our community. But then there are the rogue few who carry a badge, flaunt it, and feel they can do whatever they want. Or there are those who just overstep their authority, causing needless injury to other people. These are the cases we are concerned about.

Civil rights matters involving public servants are complex and subject to stringent rules. Because government entities or individuals are involved, there are additional considerations that must be taken into account. The California Government Tort Claims Act and Federal Tort Claims Act both prescribe vigorous rules, procedures, and time frames for bringing claims against government entities. In most cases, the time frames are much shorter than in the private sector. And failure to comply will mean all rights to bring claims are lost.

It is imperative to retain competent counsel as soon as possible to evaluate your police brutality case and proceed as soon as possible with the claims process. We at the Law Offices of Donald A. Green are zealous in our representation of individuals harmed by public servants. If you or a loved one has been the victim of police abuse or constitutional violations, call us today at (800) 994-2889 for a free consultation with an attorney.

Racial profiling perpetuates stereotypes of races, nationalities, and origins. The Fourteenth Amendment of the United States Constitution provides that no State shall deprive any person of life, liberty or property without due process of law, nor deny to any personal equal protection of the laws. These are referred to as the “Due Process Clause” and “Equal Protection Clause”, respectively, and form the basis for much of the argument about racial profiling and, by extension, immigration reform.

Because the United States is the most diverse country in the world, it makes little sense to engage in racial profiling which, in any event, is a violation of our U.S. Constitution, Not only does this further inflame racial tensions, but serves no real purpose since crimes can be committed by any member of any race or color.

Racial profiling makes individuals feel weak, vulnerable, intimidated, harassed, and violated, and causes stress, anxiety, fear and humiliation. It may also lead to physical injury such as that from an assault and battery. There is legal recourse where racial profiling causes harm. For example if members of a community are afraid to live in a certain area because of rampant racial profiling, or if someone has been targeted where they live simply because they are of a certain race, and it affects their ability to live peacefully, there can be significant emotional harm done.

Racial profiling is against the law, especially where it results in discrimination, abuse, harassment, intimidation, or further consequences under color of law (for example, an arrest). If you feel you’ve been the target of racial profiling and have been harmed, call our offices at (800) 994-2889 to speak to an attorney.

One might think that the days of unequal access or inequality are long gone. Unfortunately, they’re not. Discrimination in stores, with merchants, for services, with employment is prevalent. Discrimination comes in many forms, but typically its on the basis of race, gender, sexual orientation, or even disability.

Attorney Donald A. Green is an equal rights lawyer, appreciating and fighting for equal access. Discrimination has only a negative effect on everybody in our society, and, in many cases, is against the law. We will determine the facts or circumstances surrounding the discriminatory acts against you, and ensure that justice is served where you have been wronged.

If you feel you have been denied access to rights or services because of your race, gender, sexual orientation, or disability, we might be able to help. Call us for a free consultation at 1-800-994-2889.

California is incredibly employer-centric, but there are lots of protections afforded employees in this state. As an employee, you have the right to be treated equally, regardless of race, ethnicity, gender, or sexual orientation. If you have a handicap, you have the right under certain circumstances to reasonable accommodations.

If you have received unequal treatment in your employment, give the Law Offices of Donald A. Green a call for a free consultation.

The United States Constitution affords all of us certain, inalienable rights. These, as we all know from history, are memorialized in the first ten amendments, known as the Bill of Rights.

Interpretations about these rights have been revised, honed, and modified over time, often reflecting societal sentiment, but they are still in force and reflected in ever aspect of how we live.

Violations of constitutional rights may affect all aspects of our lives: emotional, financial and physical. They may leave us with questions about the roles of government and rights afforded officers or government officials. Violations need to be remedied.

If your constitutional rights have been violated, contact us for a free consultation. As constitutional rights lawyers, we’ll be able to assess the facts, offer candid legal advise and recommendations, and, where appropriate, a strategy for combating or dealing with the violation. We can be reached at (88) 994-2889.